Oregano: The Queen of Greek herbs 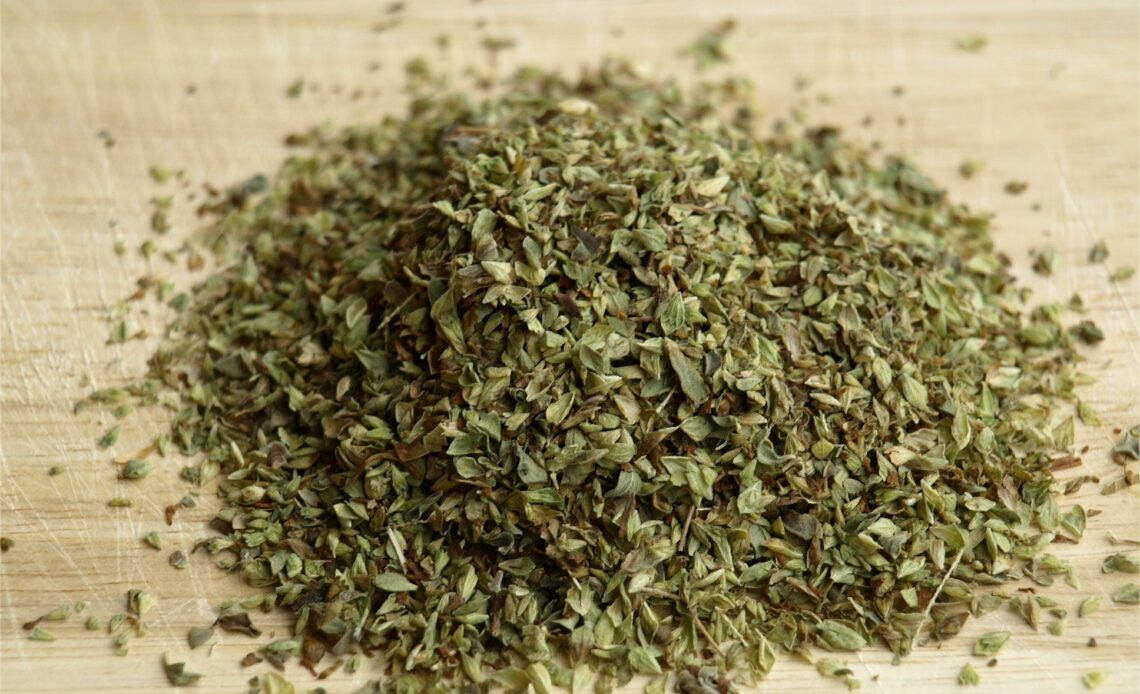 The Americans pronounce it o-RAY-gano, and the British pronounce it o-ray-GA-no. Either way, Oregano is the queen of Greek spices, and rightfully so.  Greeks pronounce it REE-gani.  Oregano can boost your quality of life and help you live longer in good health, providing you with a pleasant aroma, an elegant flavor, and aromatic essence that can’t be found anywhere else! This herb is gluten-free, low-carbohydrate, and vegetarian.

There are over 40 varieties of oregano in the world.  The taste and smell vary from variety and region.  Another factor is whether the oregano you are buying contains the leaves, the flowering buds, or a mixture of both.

Growing up in the states, I was exposed to the varieties offered in the grocery stores and occasionally I would have Mexican oregano, which I knew was far superior to what we could get at the local grocery store.   Here is the fresh type you would typically see in an American grocery store:

Typical Oregano plant in the US.

But Greek Oregano is just out of this world.   Later on, I realized that the people of my village primarily used the dried flowering buds of the oregano plant, which made our variety fragrant. Here you see the dried flower buds that we use in our food: 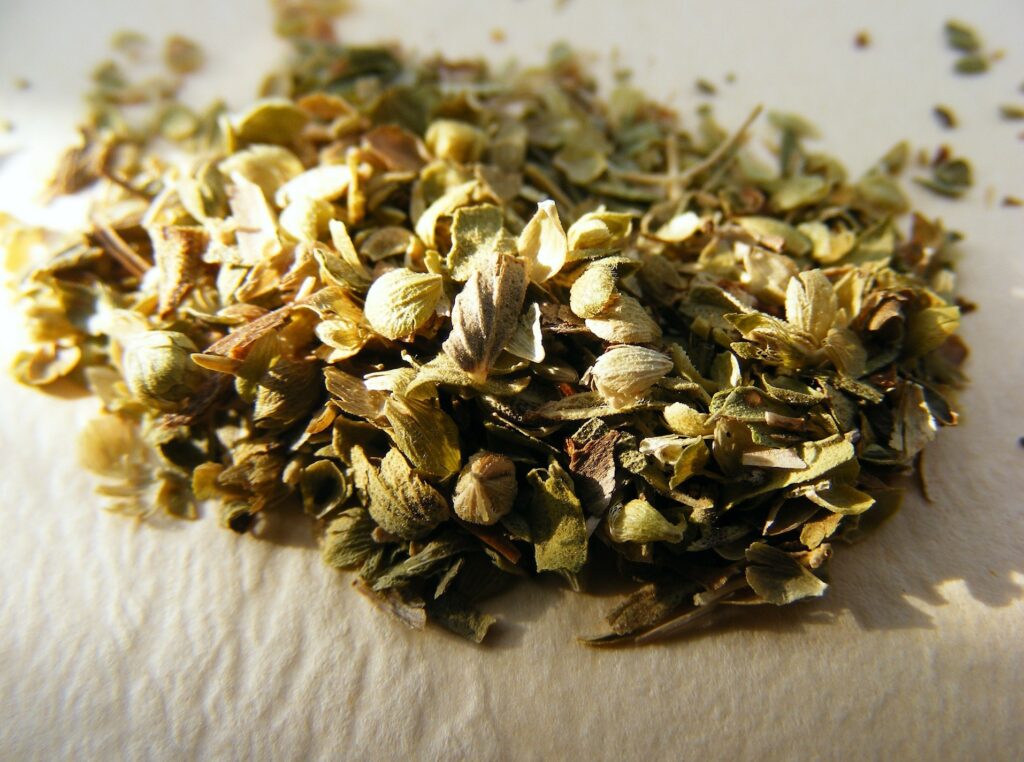 What can I do with Oregano?

Greek Oregano has the unique, intense flavor for which Mediterranean cooking is famous: perfect with fish, seafood, lemon chicken, lamb chops, and a wide variety of vegetables. In fact, it’s this simple combination of ingredients that make Greek Oregano the ideal spice (dried herb) to use daily in the Mediterranean diet.  It is a versatile spice that can be used on salads, sauces, and a variety of grilled meats and seafood.  Grill a chicken breast and add salt, pepper, and oregano, and you will realize what I mean. Take some Feta cheese, drizzle some olive and sprinkle dried oregano; it’s incredible! 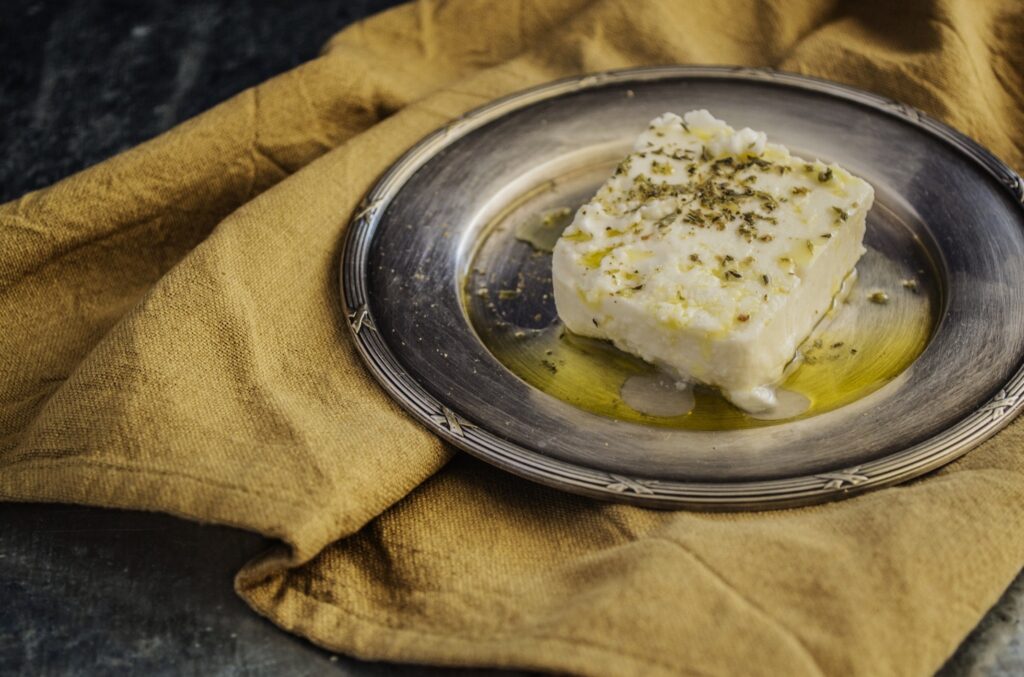 So what is it?

Oregano (Botanical name:  Origanum vulgare) is a bushy perennial native of the Mediterranean region, commonly found in Cyprus, Italy, Turkey, and of course Greece.  This herb is part of the mint family.  Widely used as a culinary herb, its properties have been used traditionally to heal many infectious diseases and ailments such as cough, cold, fever, etc. For thousands of years, the Greeks have used the Oregano herb as part of their diet to stay healthy and maintain their active lifestyle. Oregano was a staple of the Minoan diet. The ancient Greeks believed it inspired courage in battle, and some even put it in their wedding bouquets.

Oregano is harvested and dried in hot the Mediterranean sun. In fact, the people in our town of Molyvos, on Lesvos Island can’t wait for May and June to harvest the wild oregano that grows abundantly throughout our island.  We roam the sides of creeks and rivers, roads, and donkey paths looking for the cleanest plants.  Since the plant grows everywhere, that means it even grows along the sides of busy streets and main roads.  But those plants are covered with road dirt, so we the locals stay away from the road oregano.  We always search for the virgin paths leading to clean and dust-free oregano. This was from my last harvest in 2021. 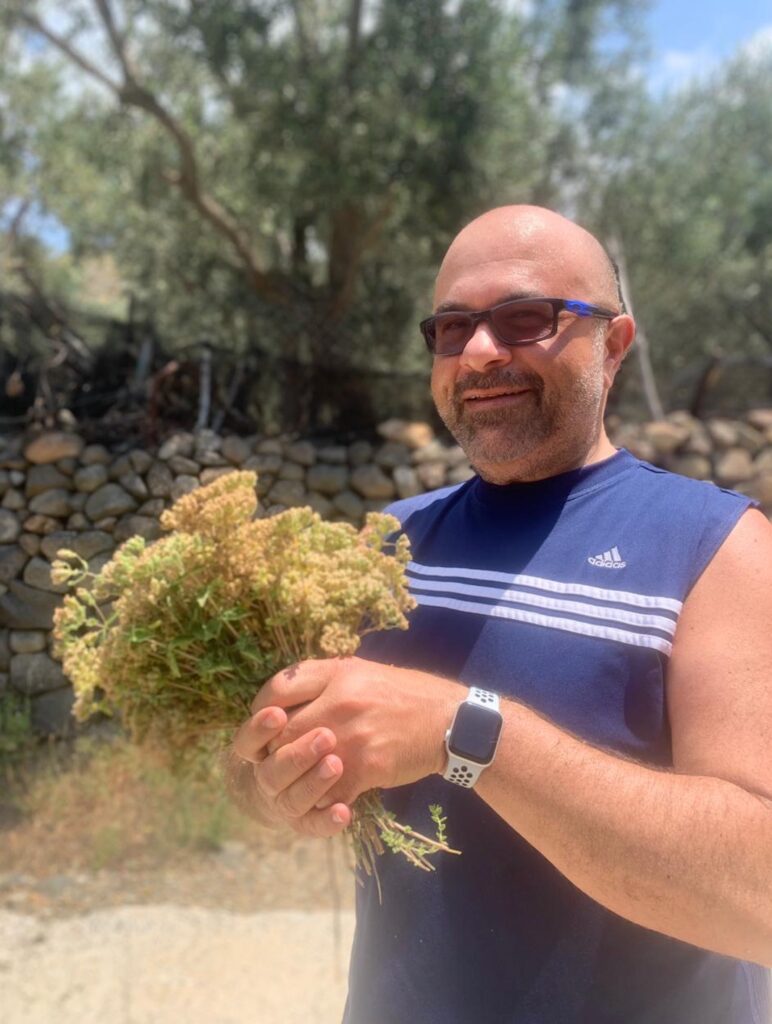 Me collecting wild oregano near Eftalou Beach, on Lesvos Island near the town of Molyvos in July of 2021.

We tie it in bunches, hang it upside to dry for a few weeks, and then rub it between our hands. 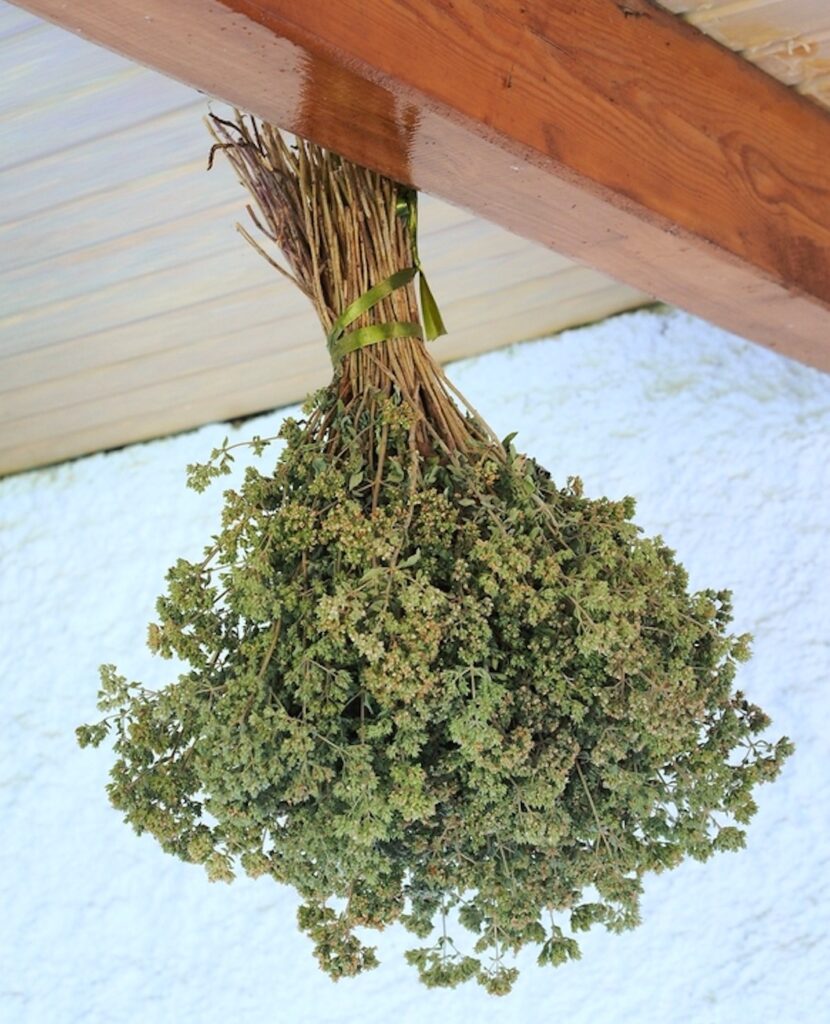 How to Store Oregano

We then store it in airtight bags or containers and use it throughout the year, until next years’ harvest.  I have changed the process these last few years.  I have been bringing the dried plant whole, and then grinding it in a mortar and pestle as needed.  This method seems to keep it fresher longer.

Traditional Greek recipes have been created by the featured herbs over centuries, and those recipes are so delicious that you don’t even need any other seasoning. Not only do these herbs create a unique flavor in every dish, but they have also powerful health benefits that improve your overall health.

The oregano herb is straightforward; it’s a Mediterranean herb that contains high levels of antioxidants.  Its strong taste is believed to help aid digestion, and some research has shown it to have the following properties:

A recent study indicates that the antioxidants found in oregano oil may have great benefits for weight loss, heart health, and diabetes. Naturally high in anti-inflammatory compounds, oregano has been used throughout history to fight illness.  Over the last few years, oregano oil has been easily available both in organic stores and online.  This elixir provides the concentrated qualities of what is found in the oregano plant.

Oregano is an aromatic herb well-known in the Mediterranean region and a staple of Greek cuisine. With a history spanning over 5000 years, this amazing herb has been used for its intense flavor, anti-bacterial and anti-fungal properties.

The secret to the delicious flavors of Greek food is the robust oregano herb. Greeks use oregano liberally in everything from dips and grilled meats to vegetables. Oregano is delicious right off the plant, but its flavor only deepens and becomes sweeter when it’s dried.