How to Tell an Herb from a Spice! 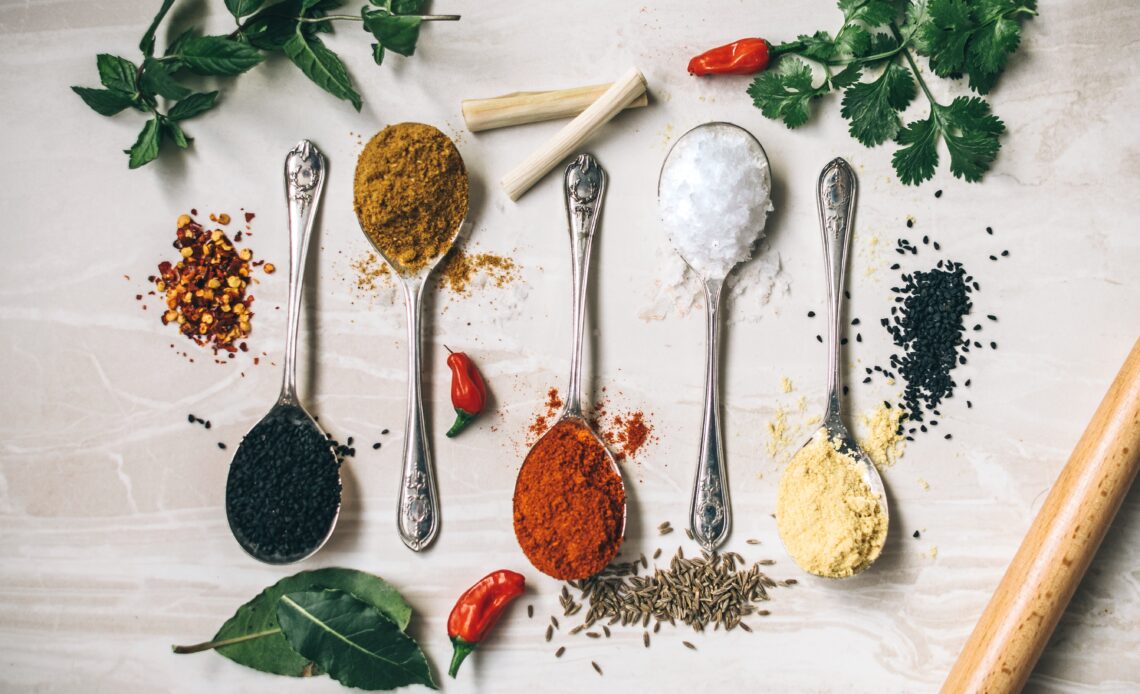 Merriam-Webster Dictionary defines an herb as “a seed-producing annual, biennial, or perennial that does not develop persistent woody tissue but dies down at the end of the growing season.”  Spice is defined as “any of various aromatic vegetable products (such as pepper or nutmeg) used to season or flavor foods.”

Do you know the difference now between an herb and a spice? Of course, you don’t! Those definitions explain nothing. There are other definitions to be found, but unless you have a degree in botany, you likely will not understand them because they consist of a bunch of big words non-botany-degree-holding people do not understand. We must look elsewhere for the answer concerning the difference between herbs and spices.

Another example is the fenugreek seeds that produce fenugreek leaves ( or Methi in Hindi), which are used in Indian cooking. This herb has a smokey, earthy, slightly bitter flavor that can be used both fresh or dried. One of the first vegetable dishes I tried while living in India back in 2003 was cauliflower with fresh fenugreek leaves, which was out of this world.

So, is the chamomile in your tea an herb or a spice? It is an herb because it comes from the flower of a plant that is not woody. If you are making cinnamon tea, however, you are making spice tea. Cinnamon is the inner bark of a cinnamon tree. To know whether something is a spice or herb, you first have to know which part of the plant it derives from.

There is an Indian Spice Mix called Garam Masala; don’t confuse this with the typical curry powders we see in the USA, where turmeric is often included. Garam Masala does not include turmeric, which is a root. Here is the list of ingredients found in Garama Masala: cumin seeds, coriander seeds, cardamom seeds (pods), black peppercorns, cinnamon sticks, cloves, and nutmeg. Do you see any herbs on this list? Or is it all spices?

In Greek cooking, we primarily use oregano. Mostly the leaves, but I personally like to use the flowering buds of the oregano plant to give it an extra aroma. Since we are using the leaves, then oregano is an herb. We also use cumin seeds, which are spices. Other Greek spices include Thyme, rosemary, bay leaves, basil, parsley, chervil, and fennel fronds.

In the end, you can only differentiate between herbs and spices if you know which part of the plant you’re using. For most of us, it does not matter, as long as it tastes good, smells good, or it heals us in some way. As you embark on your Greek Keto journey, you will discover that adding herbs and spices to your diet awakens your creativity and elevates your food’s flavor.